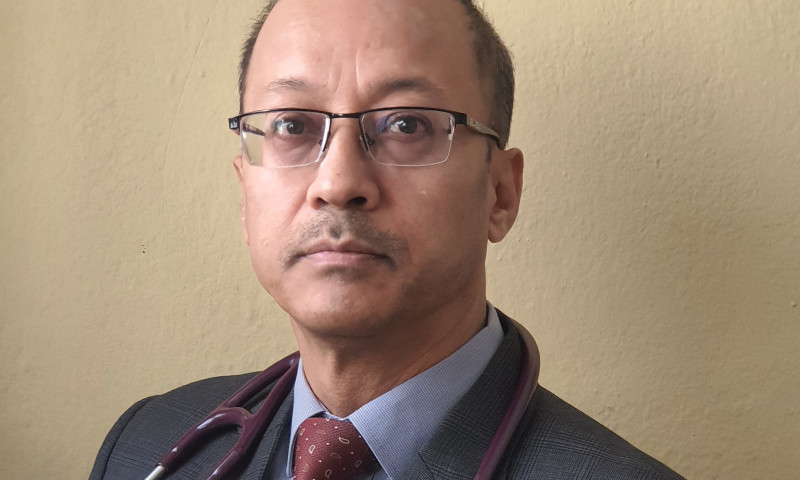 If  you are getting old esp with age around 65 years and if you had kept some bad lifestyle earlier beware of the sad times ahead. You may need to take some extra cautionary steps right now in order to be safe from heart attacks in winter months.

Study says that in elderly people there is increased winter mortality from acute myocardial infarction and stroke.

Acute heart attack deaths are highest in January  and lowest in September,  a relative risk difference of 18.6%. That means in winter seasons lot more people die of heart attack Even the data from big hospitals in kathmandu also support this fact. The seasonal mortality variation in heart deaths (winter vs. summer) increased with increasing age: 5.8% for <65, 8.3% for 65 to 74, 13.4% for 75 to 84 and 15.8% for >85 years.

Similarly stroke mortality peaked in January and had a trough in September , a relative risk difference of 20% approximately.

Studies from European and Asian countries have observed an increase in death rates acute heart and stroke in the winter. Reports from North America, have suggested a similar trend. It is said that exposure to winter weather conditions induce physiologic stresses including sympathetic activation (high anxiety status), hypercoagulability (thick blood) and infection that increase the incidence or case fatality of heart attack and stroke.

The onset of heart attack has been related to the presence plaque and its disruption and superimposed thrombosis. Several other physiologic changes have been identified which may increase the probability of these events. Elevated cholesterol levels and the presence of active inflammation (condition of being heated) may make plaques (layer of fat in the artery) more vulnerable to rupture. Disruption of plaques may be precipitated by hemodynamic forces, especially increases in blood pressure; subsequent thrombosis may be accelerated by higher levels of fibrinogen.

It has been shown that serum cholesterol, C-reactive protein , high blood pressure, fibrinogen (factor causing blood to clot) are all higher in the winter. Elevation of these parameters may contribute to an increased tendency toward arterial clotting and a higher winter incidence of acute coronary syndromes.

The elderly, with their reduced physiologic reserve, may be more vulnerable to these influences than younger people.

The elderly may have greater cold exposure. Also exposure to cold is greater among poorer individuals. Alternatively, the elderly may demonstrate exaggerated responses to winter weather conditions, with greater increases in blood pressure and coagulation parameters, or a greater likelihood of infection.

Cold acted as a pressor for coronary vasoconstriction  esp in coronary artery disease patients  whereas cold did not alter coronary vascular resistance in healthy individuals. Other conditions associated with cold weather, including the flu and respiratory tract infections, also raise the average person’s risk of heart attack. Season-dependent behavioral patterns, like reduced activity, depression and dietary changes, could also contribute.

So this way acute heart attack is more common in winter in elderly person. There are few more matters of concern to be considered in winter months.
There is a habit in many people to take cold shower as a part of a religious cult.

Taking a cold shower can make a person feel more alert and refreshing. This is largely due to its adrenal effects on the body esp the
increase in blood circulation.

Such ice-cold shower over the chest cause large increases in systolic and diastolic arterial pressures.

Extreme sports like bungy jumping mountaineering are to be done only after consultation with doctors by those who have heart disease or in those who aremiddle aged.

Morning walks are to be avoided on very cold mornings; its ok to walk in warm evenings.

So in order to keep yourself safe in winter you need to avoid unnecessary extreme cold exposure.

It is advised to avoid crowdy places esp indoor crowd where ventilation is poor. Wearing mask protects from getting lung infection. It is to better to avoid unaccustomed stressful activities like mountain climbing or hiking in extreme weather where there is strong and cold wind blowing. Avoid smoking and oily junk food with lots of transfat and excess alcohol. Avoid too cold showers in the cold mornings.

If you are a diagnosed coronary artery disease you should make sure to avoid these extreme situations even among young individual. Get your routine blood investigations  done regularly. Check blood pressure  regularly and treat accordingly. And make winter season a boon rather than abysmal season.