Bitter melon could be helpful in treating cancer 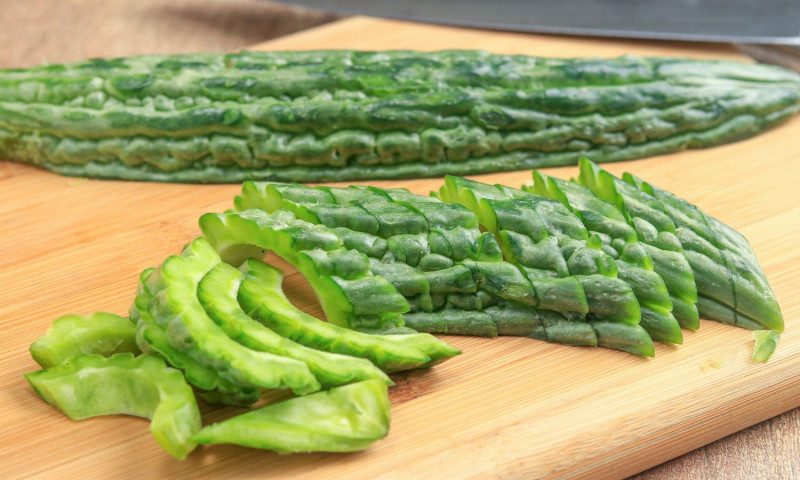 A new research done in mice suggested that bitter melon extract may help fight cancer. Bitter melon, or bitter gourd, has served as a traditional Indian remedy for centuries. Recently, bitter melon extract supplements have been gaining popularity as an alternative medication for diabetes.

As per the Medical News Today, Prof. Ratna Ray—from Saint Louis University in Missouri—and her colleagues made an intriguing find and published the study in the journal Cell Communication and Signaling. In experiments using mouse models, bitter melon extract appeared to be effective in preventing cancer tumors from growing and spreading.

The researchers put this to the test in a preliminary study by using bitter melon extract on various types of cancer cells—including breast, prostate, and head and neck cancer cells.

According to the researchers, laboratory tests showed that the extract stopped those cells from replicating, suggesting that it might be effective in preventing the spread of cancer. And in further experiments using mouse models, the researchers found that the plant extract was able to reduce the incidence of tongue cancer.

Likewise, the researchers also used mouse models to study the mechanism through which bitter melon extract interacted with tumors of cancer of the mouth and tongue. They found that the extract interacted with molecules that allow glucose (simple sugar) and fat to travel around the body, in some cases "feeding" cancer cells and allowing them to thrive.

As per the Medical News Today, by interfering with those pathways, the bitter melon extract essentially stopped cancer tumors from growing, and it even led to the death of some of the cancer cells.